Ghost in the Shell

The title of this post will mean next to nothing for almost everyone, unless you happen to be a fan of Japanese Manga/Anime.

As part of my Droid a Day project I’ve asked people to suggest a droid or robot from film or TV, my latest illustration – number 201 – is one of those. 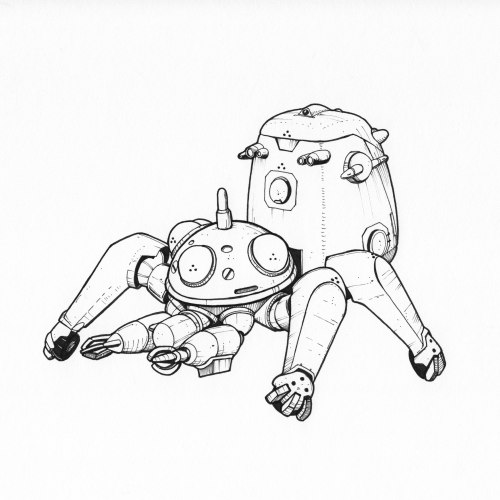 Tachikoma – Ghost in the Shell

He is a character from the Japanese series Ghost in the Shell, and was suggested by Michelle Aguilar – she’s quite a fan apparently.

He was fun, but hard work, to draw, and now I feel I need to watch some of the show.

3 Comments to “Ghost in the Shell”