In the post today I received  a copy of Jeffrey Alan Love‘s Notes from the Shadowed City.

What a book. If you don’t know Jeffrey’s work have a look at his website – he creates incredibly bold, silhouette images of beautifully textured ink, occasionally there’s a dash of red, but for the most part they are black and white.

The book is the travelogue of a young man in search of magical swords. 70 pages of gorgeous illustrations and hand-written text make this an absolute visual feast.

I’m glad I pre-ordered as it meant my copy came with an original illustration and a signed numbered print. I really can’t recommend this enough. Stunning. 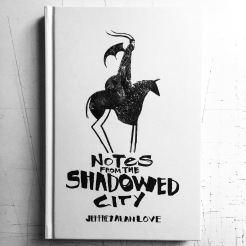 Notes from the Shadowed City

The sword in the city

Original art that came with my order

The minotaur of the sun 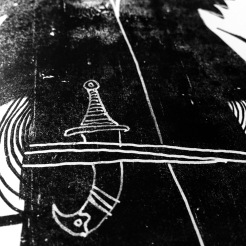 The last of his name 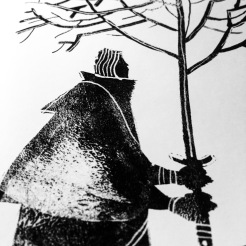 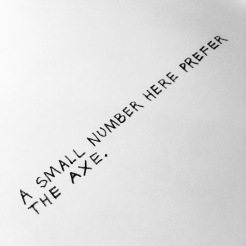 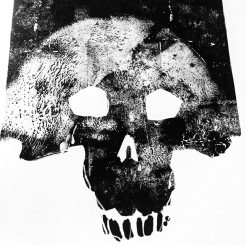 I’ve been to both York (my home town) and Windsor in the last couple of weeks, both boasting more crenellations than you can shake a sword at. I always try to take plenty of photos when I’m visiting historic places, just to add to my reference folder. You never know when you might need to draw a castle. 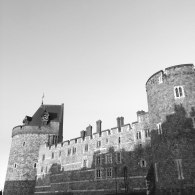 Earlier this year I worked on the illustrations for a children’s activity book, published by Ivy Press, all about castles. It was a huge amount of fun, and allowed me to work on a real variety of subjects – skulls, castles, knights, medieval soldiers, siege engines…

A huge thank you to all the staff at Ivy Press that worked on this with me, and of course to the author – Annalie Seaman, and to Charlie Simpson who created an amazing paper craft castle. I’m really pleased with how the book turned out!

Think like an archaeologist with this fun paper-craft title! Readers are given information about how archaeologists uncover remains, and use secondary sources. They are then given visual and textual clues about the site of a medieval castle, which was the location of a sieged battle. The final part of the book contains the press-out pieces to recreate a paper model of the castle and the historic battle, complete with siege engines and defending and attacking forces. The reader must use their new-found knowledge of how the castle was laid out, and what siege engines looked like to figure out how to piece the paper scene together.

Build! A Knight’s Castle is available in bookshops and Amazon now.

Here are a few of my illustrations from the book, all drawn by hand. 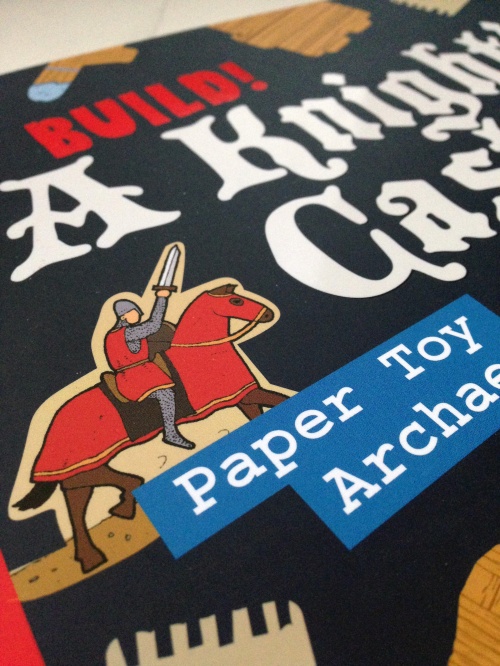 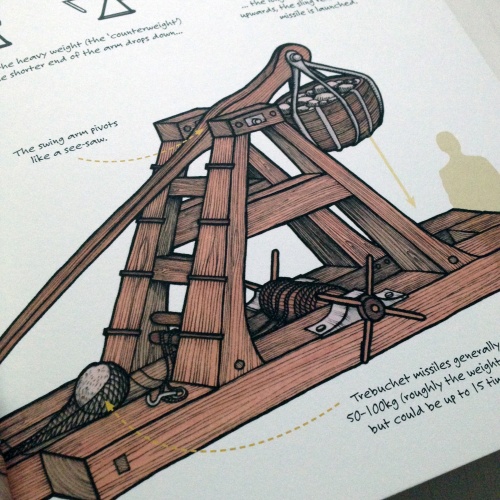